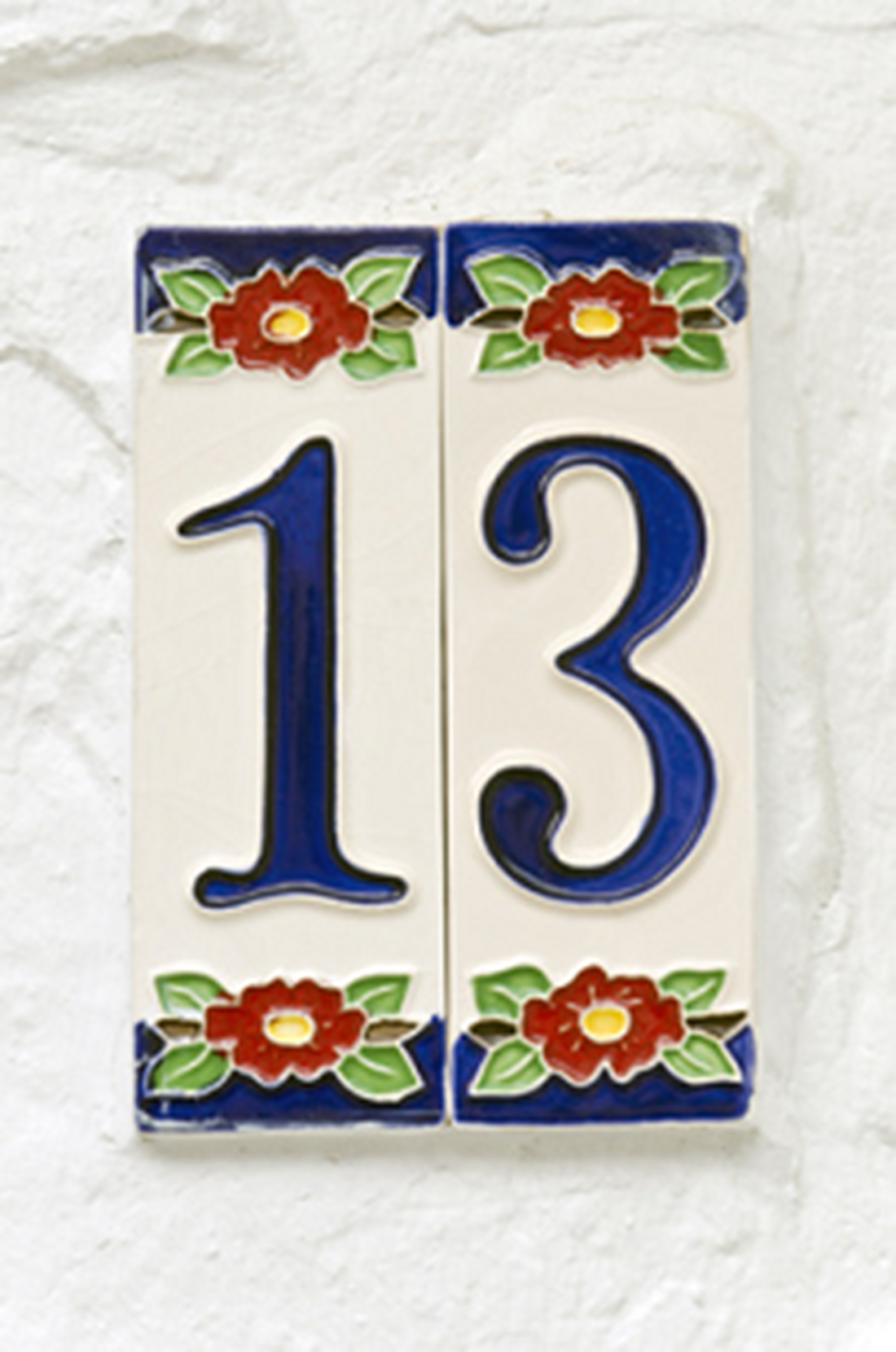 Kiwi superstitions' seem to be stretching into real estate, with new research indicating addresses with No 13 are of lesser value in certain suburbs and regions around the country.

In what could be good news for house hunters not beholden to superstition, data compiled by homes.co.nz, revealed 13 could be an "unlucky" number for owners trying to get top dollar for their properties.

The plush Auckland suburb of Mission Bay is one of the worst affected by the No 13 trend, with the median value of homes with that address in surveyed streets working out at $1.69 million, $390,000 less than the suburb's median house value of $2.08m.

According to homes.co.nz, homes with No 13 in Orakei are valued at $350,000 less than the suburb's total median.

These figures came from Homes.co.nz's analysis of the November homes estimates which are based upon public property and sales records provided by councils throughout New Zealand.

The analysed figures take into account all the No 13s in each area - not just the ones sold in November.

In good news for home-owners in Glendowie and Northcote Point, the latest analysis showed having an address with No 13 actually looks good for property prices.

Homes.co.nz's Jeremy O'Hanlon said the idea that a number on a letterbox could impact value was a little absurd.

But then certain areas really seem to have distaste for 13," he said.

"Perhaps it's worth hunting for the number 13 in your property search to grab a bargain."

Throughout the entire Auckland region, properties at No 13 had a total $10,000 drop in value compared to the region's median house price of $962,000 - just 1 per cent below the median.

Overall the regions surveyed by the property insights company appeared to value the unlucky number somewhat less than the City of Sails - meaning you could be in for a bargain if you throw superstition to the wind.

While Harcourts chief executive Chris Kennedy said the data was interesting he didn't put much weight on it being indicative that No 13 was truly unlucky and valued less.

"I've got no anecdotal data that says house No 13 is any less than house No 15," he said. "It's like Black Friday; it's Black Friday if you want it to be."

Kennedy said he'd met people from different backgrounds who had some superstitious beliefs, but that didn't necessarily have an impact on property values.

"Cultures have different beliefs in what is a good house and what is a bad house...certain cultures bid in $8000 increments, some bid when it gets to $888,000."

Homes.co.nz head data scientist Tom Lintern said the findings followed a conversation around whether certain superstitions, such as the No 13, had an impact on an address' value.

"Although we can't say whether superstition is involved, it is definitely interesting to see these unlucky properties consistently being valued less and appearing in fewer numbers.

"Other countries have reported similar trends and some parts of New Zealand even have a history of outlawing No 13 from their streets."

Palmerston North Council at one point outlawed the No 13, over fears that superstition could affect the value of properties.

And while Auckland Council spokeswoman said there didn't appear to have been a similar policy with the Auckland legacy councils, Homes.co.nz data showed there were fewer No 13 addresses in the Super City - only 5800 compared to 7600 No 11s and 6500 No 15s.

The origins of the superstition behind 13, which is more commonly seen as unlucky in European cultures, can be attributed to a number of hypotheses, including the fact there were 13 disciples, one of whom was the betrayer of Jesus - Judas Iscariot.