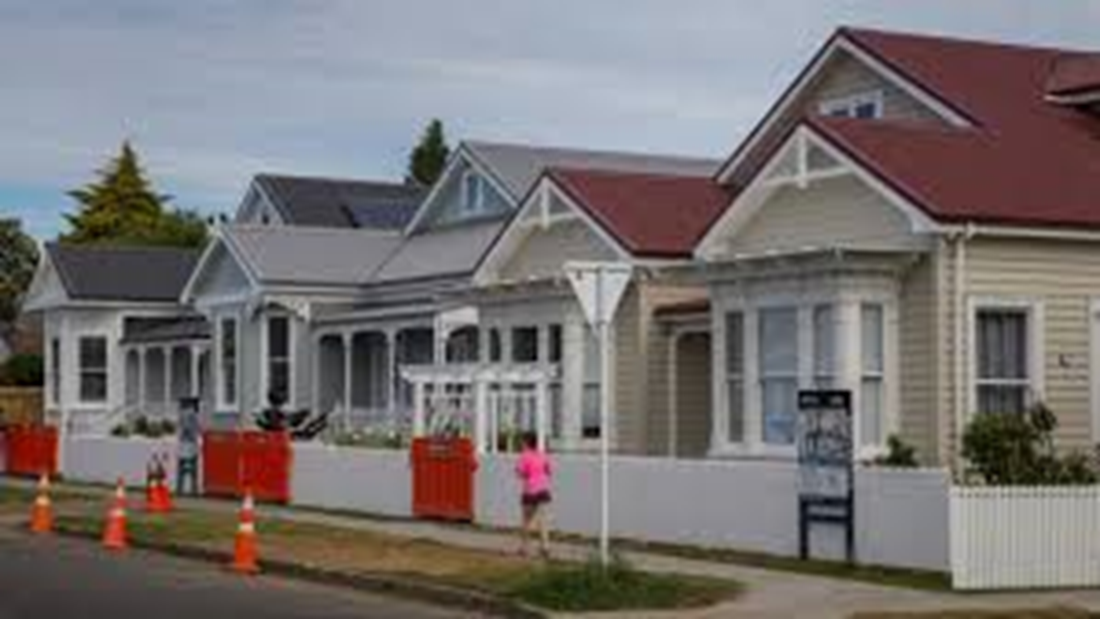 Quarterly housing values in some areas have been easing as the Reserve Bank's loan to value ratio (LVR) restrictions impact on buyers.

Despite the easing, the majority of home values around the country still gained for the quarter.

However, 10 of 19 Auckland areas posted value declines, generally in a 1%-2% range, as did five of six areas around Christchurch.

QV's national spokeswoman Andrea Rush said house values had dropped in parts of Auckland and Christchurch during the past quarter and the rate of value growth had ''slowed considerably'' in Queenstown and Tauranga.

''Nationwide quarterly value growth has plateaued over the past three months as the housing market continues to be constrained by the latest round of LVR restrictions,'' Ms Rush said.

The Reserve Bank's latest LVR requires property investors, across the country, to have a minimum 40% deposit.

She said the Dunedin market had continued to ''rise steadily'' and Hamilton values were now increasing again, following a recent downward trend which followed the LVR restrictions being put in place.

QV's Dunedin registered valuer Duncan Jack said demand from buyers in Dunedin ''remains strong'', noting sales numbers had increased during the past two to three months, having dropped off during the Christmas and summer break.

''There are reports of an increase in unconditional offers which may be an indication of buyers' current eagerness to secure a property amidst strong competition,'' Mr Jack said in a statement.

Dunedin properties had continued to sell quickly, particularly those within the mid-value range of $300,000 to $400,000, he said.

''Value levels appear to be continuing to strengthen,'' he said.

He said as Dunedin was more affordable than many other places around the country, there had been an anecdotal surge of interest from investors outside Otago during the past 18 months.

''There's been a lot more investors in the past 18 months ... I suspect they are still there,'' he said.

Ms Rush said in provincial areas of the South Island, the MacKenzie District again had the highest percentage growth, values up 8.3% since February, while quarterly growth in the ''previously hot'' Queenstown market had slowed to 0.9%.

The only areas in the North Island where values decreased during the past three months were parts of Auckland, Stratford and Waitomo, she said.

The only area in the South Island where values decreased during the past year was the Grey district, down slightly, by 0.1% .

During the past quarter, values dropped in parts of Christchurch as well as the Grey, Hurunui, Selwyn, Ashburton, Timaru, Waimate, and Clutha districts, Ms Rush said.