Dunedin was the rockstar housing market of 2019, but while growth in 2020 has sluggish, some segments of the market have been doing very well.

“That’s a fascinating figure for us because there used to be so few sales that broke the $1 million mark. The top end is really active right now. People are paying serious money,” he said.

OneRoof figures show Dunedin racked up more than $1 billion in real estate sales in the 12 months, with the highest settled sale price sitting at nearly $2.5 million. 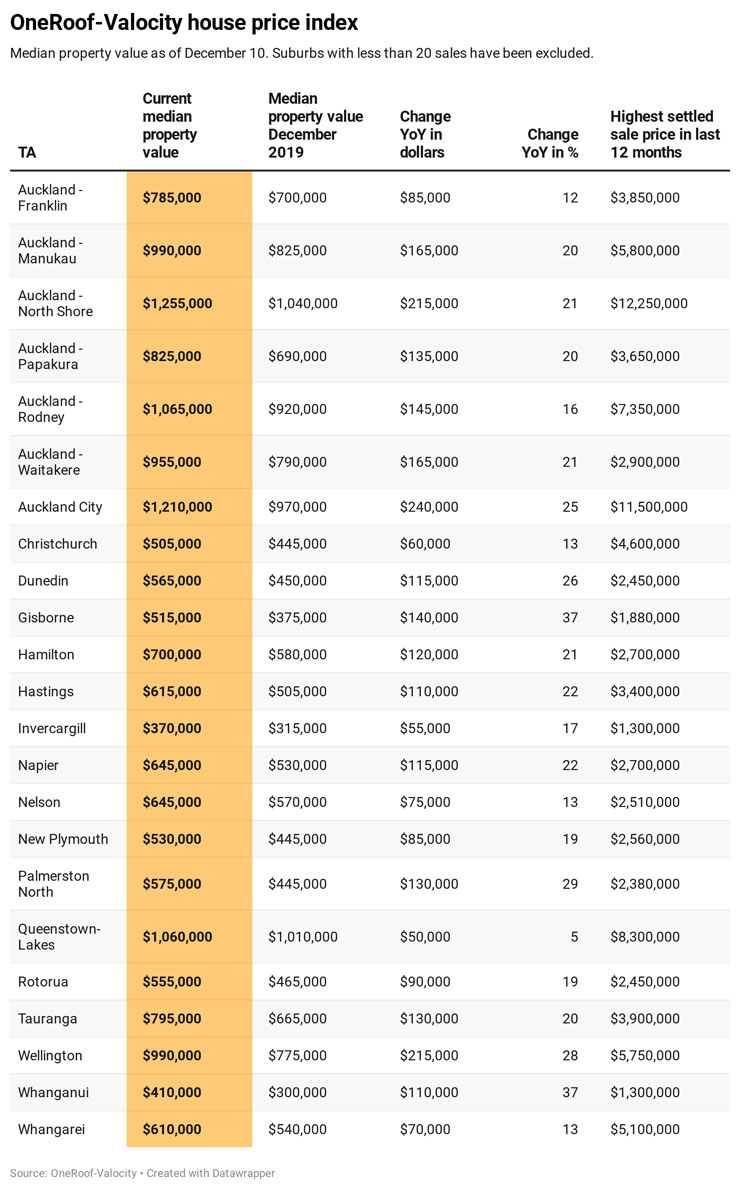 A lot of stock had come onto the market in the run up to Christmas, he said, but sold just as quickly, he said.

“Buyers in the market for a good-sized, modern family home are reconciled to the fact that it will cost them more than $1 million.”

In Dunedin, $1 million will buy a four or five-bedroom home in a good suburb with access to good schools. “If you want the absolute cream of the crop property, you’d have to pay $2 million. That’s not unseen in the Dunedin market now. We’ve been getting overseas inquiry at that level.”

The investor market was also buoyant, Nidd said, with mums and dad buyers trying to secure a deal before the loan to value ratios return.

Boding well for the market was the council’s revision of its district plan. “They made some positive moves and new projects are coming online. There’s a bit of increased density stuff coming online and the other really good thing for developers is they’ve removed the requirements for some parking.

“That means that land that was previously more or less undevelopable because of parking requirements is now a real prospect.”

Nidd added: “I am cautiously optimistic that over the next 24 months we’ll see a good number of new properties coming on the market.”

“Potential purchasers are finding it really tough to even get an offer considered in Dunedin these days.”

“You do have to factor in your commuting time and costs, of course, but you certainly do get a lot more bang for your buck in these areas. I can see why that would appeal to a first-home buyer who wants to get on the property ladder but isn’t willing or able to spend more,” Gibson said.

Picking the twists and turns of the market was difficult but he expects property prices to continue to push upward next year but at a slower pace.

“Only time will tell how much steam the reintroduction of loan-to-value rations (LVRs) will take out of the property market. I suspect it will probably cool things down a little, but we’ll still be left with too much demand and not enough houses and that should keep upward pressure on prices for the foreseeable future.”