Dunedin boat shed sells for a record price for the city

It may have sold on April 1, but the $95,000 paid for a picturesque boat shed on Purakaunui Inlet, 30 minutes north of Dunedin, was no joke.

Ray White Dunedin agent and auctioneer Grant McLean, who donned jandals to call the auction for the 16sqm shed with a 10sqm of deck, said that boathouses in the area rarely come up for sale.

“We had 10 bidders at the auction – seven in the room, the rest online and by phone, and with video and social media we had over 4500 views,” McLean said.

“We marketed this as hard as we would a $1m house. A lot of locals wanted it because not all the baches have a boat shed, but we had interest from Wellington and Tauranga too.”

McLean said the vendor had owned the shed since 2006, but was thrilled to have a visit from a 74-year-old woman who remembered building the shed with her father more than 60 years ago. 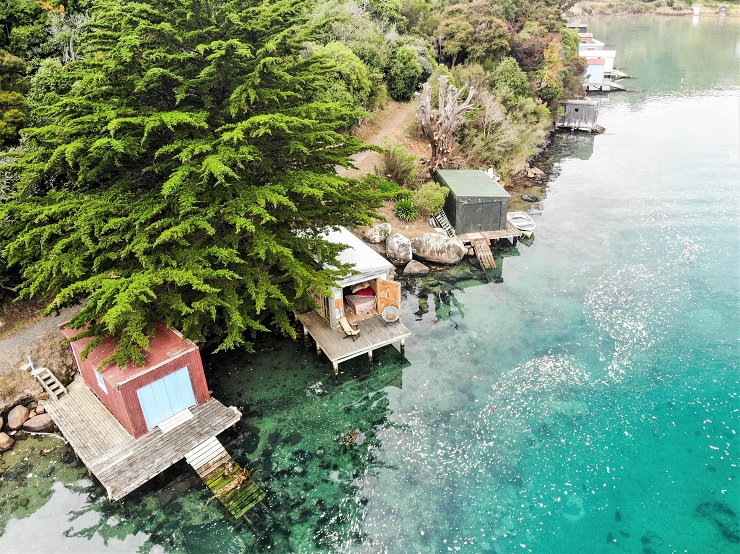 McLean said the boat shed had no power, water or sewage and ownership was a licence to occupy with the Otago Regional Council, but buyers were still keen. A walking track around the Purakaunui Inlet passes the shed, and “if you’re quick”, there’s a car park about 40 metres away, McLean said.

He added the buyer was a local bach owner keen to add a boat shed to their holdings. 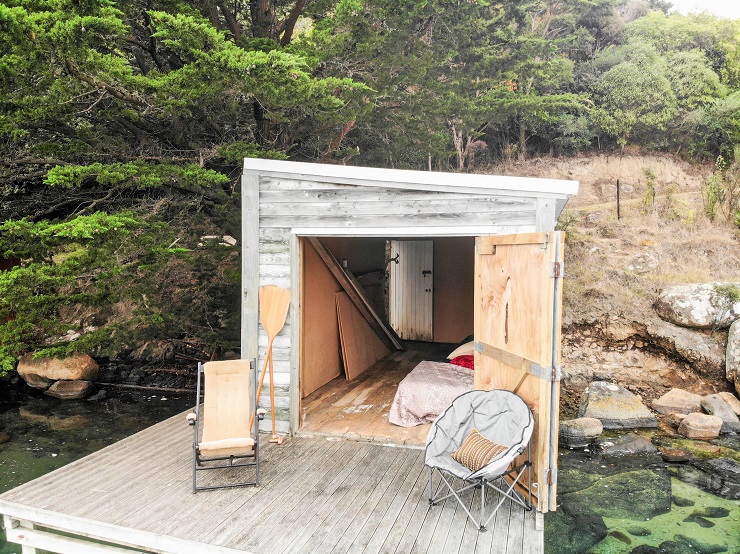 The boathouse has no power, water or sewage and can be accessed only by water or a walking track.

The tidal inlet, just 30 minutes north of Dunedin, is famous for its cockles.

“I’ve seen small school fish when I was showing the boat shed.

“But I would get skinned if I gave away a local fishing spot,” he said, adding that locals at neighbouring baches do fish off the dock. The settlement is five minutes from Port Chalmers and close to the Orokonui ecological wildlife preserve.

However, the record for a boathouse on the inlet is still $120,000 for a spic-and-span renovated shed that sold in December 2020.

Bayleys agent Lawrence Peeters, who sold the boathouse by private treaty, said that the vendors had initially asked him to sell their holiday house on the inlet. The owners had thought they would chuck in the boatshed for another $50,000 or $55,000, but Peeters convinced them to sell the shed separately.

“I said ‘give it to me’. It was absolutely mint, completely rebuilt,” he said. 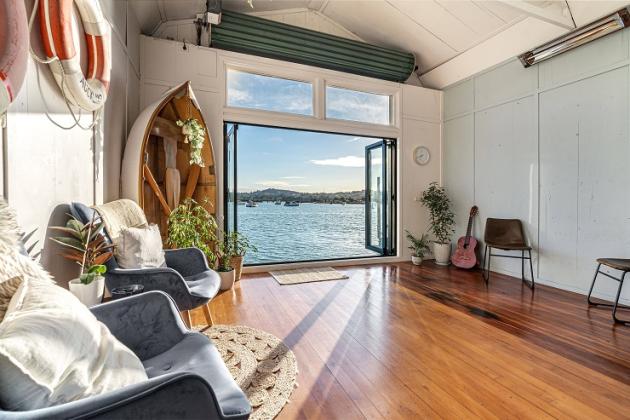 A record $1.2075m was paid for one of the iconic boatsheds on Auckland's Ngapipi Road. Photo / Supplied

“He’d been desperately trying to get a boat shed for years, they’re not making any more.

But the price doesn’t touch the $1.2075m paid for one of Auckland’s iconic boatsheds on Ngapipi Road on the edge of blue-chip Orakei. The 1970s renovated shed has a licence to occupy and is not allowed to be a permanent home.