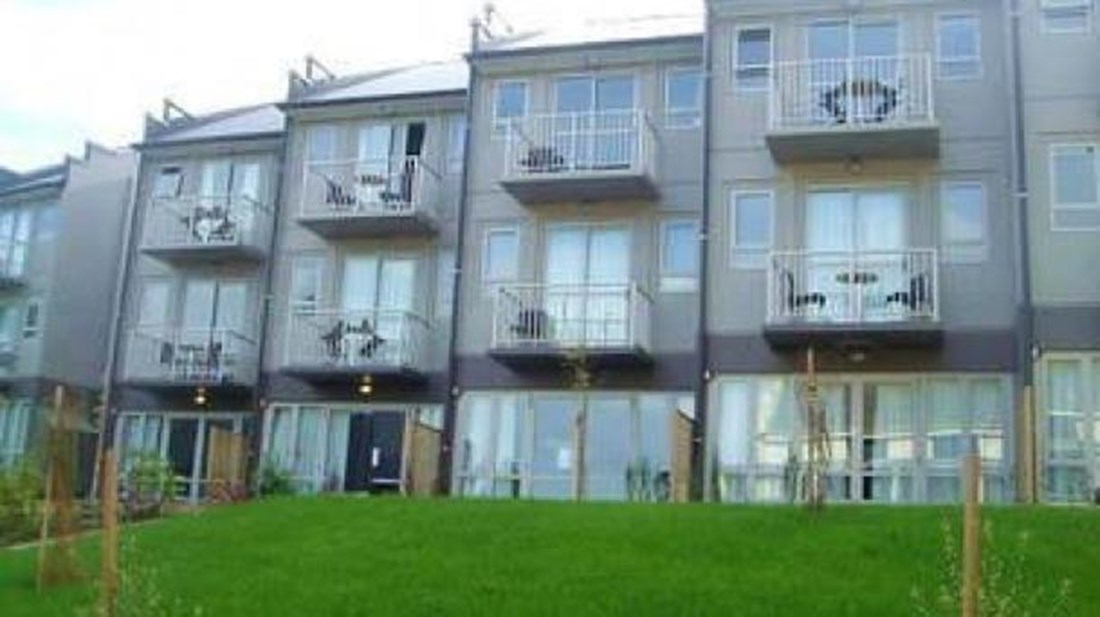 Thinking of adding a garage, deck or pergola to your cross-lease property or getting a dog?

Beware, a top lawyer says, warning owners of more than 100,000 Auckland properties that people sometimes overlook their legal obligations by making changes without neighbors' written consent or in breach of their cross leases.

Joanna Pidgeon, Auckland District Law Society president, says cross-lease titles are "ticking time bombs" due to the potential for disputes between owners. The titles have specific provisions on use set out in their leases and people needed to beware of that.

New Zealand has about 216,000 cross lease property titles of which about 100,000 are in Auckland, she estimated

The common form of shared ownership often applies to brick and tile ownership flats or houses, developed around the 1960s in urban areas, she said. Owners can face big fees if they wanted to make changes to houses or units on such land, add another level, introduce a deck or make major renovations.

Before any major building work took place on a cross-lease title, owners must get their neighbours' written permission, she reminded owners, and that is already in their lease agreements, and they will probably also need to deposit a new flats plan, incurring Council and subdivision costs.

"Cross-lease owners often think that if they have building consent from a council, that they don't need a neighbour's written consent for structural alterations. The question is: what is a structural alteration? Removing a non-load bearing internal wall might not be, adding another floor or extending would be," Pidgeon said.

"Cross leases say that disputes need to go to arbitration, however, some disputes can still be resolved in the Disputes Tribunal if they are not title disputes," she said.

David Whitburn, a former lawyer and professional property investor, said: "Knowledge around cross-lease titles is woeful because some people do more due diligence before they buy a car or TV than when buying a home and they often don't realise the traps of cross-lease titles."

Even a house colour might spark a dispute, he said. Trees were another contentious issue because if they caused interference or nuisance, a neighbour could seek removal, Whitburn said.

Pidgeon sent a copy of a typical cross-lease document which outlined the exact provisions, showing flats can only be used for residential purposes and not for activities that could be a nuisance to other occupiers of the land - and that's where pets can come in.

Owners can't bring onto or keep on the land any pet or animal which may interfere with the quiet enjoyment of the lessees or occupants of any building, she said citing a standard cross lease agreement.

Owners can't have dangerous goods or devices: "This may affect you if there are gas cylinders for cooking or heating installed at the property," the typical cross-lease agreement said.

The interior and exterior of buildings must be kept in good condition. Cars cannot block access. Staircases, passageways, parking areas, driveways and turning areas must also be kept accessible, the agreement said.

"The lessee will not make any structural alterations or additions to the flat without the prior written consent," the lease says and Pidgeon says that clause was a fraught area.

People might make an addition, such as adding a deck. But without consent of others who share the title, that would not be legal, she said. While some leases state consent may not be unreasonably withheld, some older cross leases do not have a "reasonableness" requirement. Issues such as sunlight, view and privacy are often grounds raised for withholding consent.

Cross-lease owners must have a current insurance policy but Pidgeon said they often don't insure with the same insurance company "which caused problems with the Canterbury earthquakes."

"When you have a cross lease, you are leasing your section from the person next door and they're leasing theirs from you. That's a bit simplistic but it's what's happening. On the title, you have the entire section of land but it shows your flat and the portion and where the exclusive rights areas are as well as things like chimneys and porches.

"If you want to build anything outside the existing structures, you need to get the usual permission from the council but also from your neighbours," King said.

"It's relatively straight-forward but problems can arise if you want to build on your cross lease property. It's more expensive [than other forms of title] because you might have to get the plans for the entire property redrawn. And you have to get written permission from all the other owners."

Changes to interiors such as removing an interior wall were not restricted, he said. But adding a garage, carport or even garden pergola could trigger the need for neighbours' consent, King said.

"A spa pool should be alright because it's under 10sq m and moveable and not a permanent structure. But a pergola might be a different matter," King said. "But having said that, lots of people would just go the neighbour and then whack it up."

Pidgeon said problems could arise when cross lease titles were advertised for sale and titles did not match building footprints. Structures might then have to be entirely removed at the owner's expense or consent sought from neighbours, and a new flats plan deposited, which can be expensive.