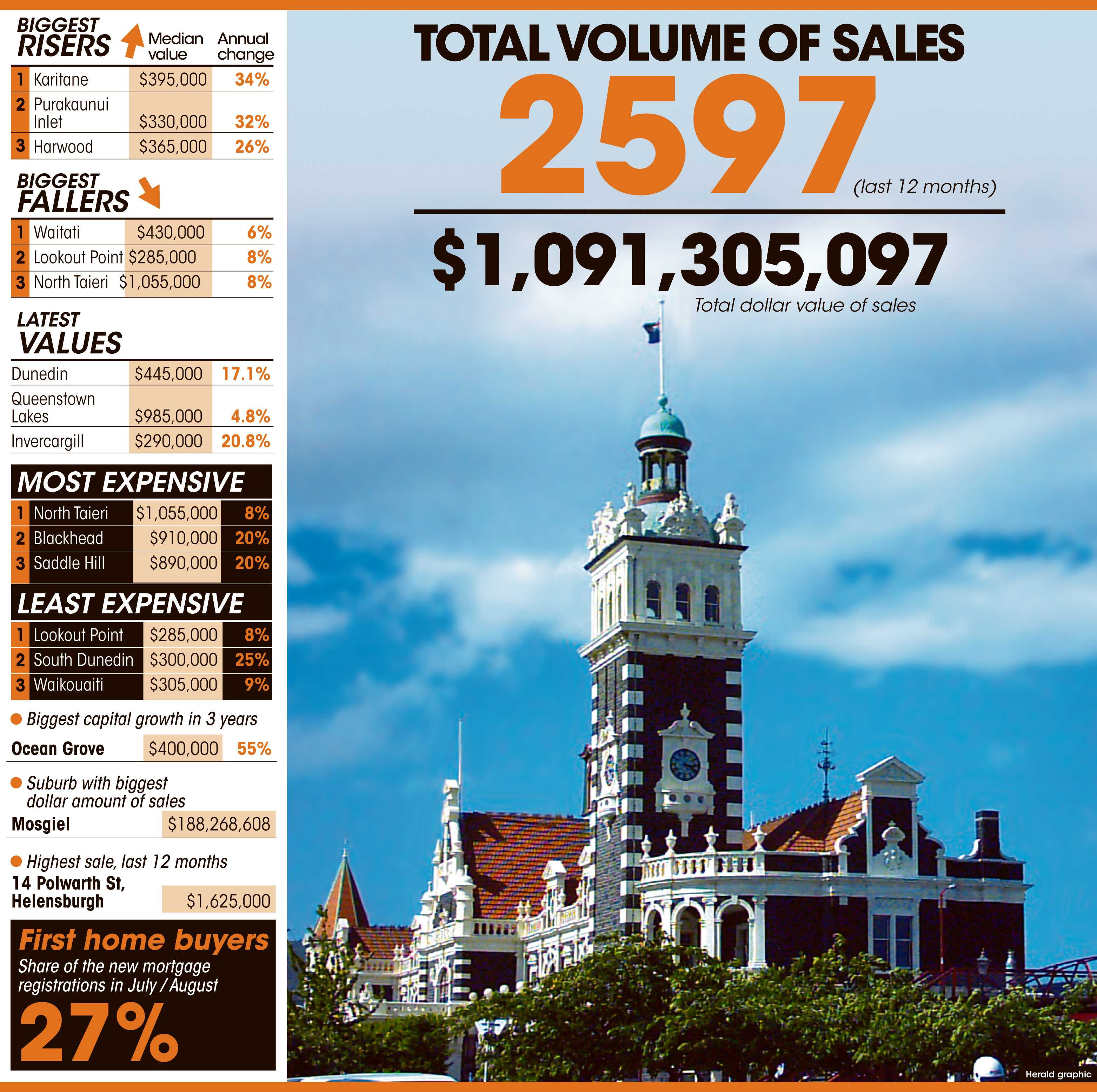 It's cheaper to buy than rent in a quarter of Dunedin suburbs, according to new data from property website OneRoof.co.nz.

OneRoof compared rent levels with mortgage payments around the country to see if there were places where its cheaper to buy.

It found 16 suburbs in Dunedin where the monthly mortgage repayment was lower than the median rent and another 14 where the cost of servicing a mortgage was within $100 of the cost of renting.

Out of the major metros, Dunedin and Christchurch tied for the biggest share of suburbs where buying was cheaper than renting.

Auckland had just one suburb where buyers came out ahead, while Queenstown, Wellington, Tauranga and Hamilton had none.

OneRoof editor Owen Vaughan said: "With mortgage rates dropping on the back of the Reserve Bank's decision to cut the OCR and property experts warning that rents will rise as a result of government changes to rental sector, aspiring homeowners will likely be asking whether it's better to buy than rent."

OneRoof compared the monthly mortgage repayment on a median sale price for more than 900 suburbs across the country, excluding areas with less than 20 rentals and 30 sales, and assumed an interest rate of 5% on 30-year term.

Mr Vaughan said the figures assumed a 20% deposit and did not take into account the recent rate cut or include additional housing expenditure, such as insurance and maintenance costs.

The biggest difference in Dunedin was in Maori Hill, where renters typically came out $528 a month ahead of those with mortgages.

In the Queenstown area, the extra cost of buying to renting was smallest in Luggate, at $609.58 a month. The extra cost was biggest in Kelvin Heights, where the monthly rent is $4968 and the monthly mortgage repayment $7096.

The research comes as data from OneRoof's quarterly Property Report, which provides the latest property valuations for every suburb in New Zealand, found Dunedin's housing market the best performing out of the major metros.

Mosgiel remains Dunedin's most in-demand suburb, accounting for the most sales in the last six months, at 179, although this tracked behind sales volumes in the suburb for behind 2018 and 2017.

The most expensive area is the lifestyle-block heavy North Taieri, where buyers would need to come armed with $1million-plus in the bank. Coming a close second is Blackhead, where prices have increased almost 50% in the last three years, for a median value of just under a million dollars. - OneRoof.co.nz