The chief executive of New Zealand's largest bank has warned that house prices are over-cooked and the market may face a "messy end".

The bank has lifted deposit requirements for investors to 40 per cent. Hisco says he would like to see them lifted to 60 per cent even though that would mean less business for ANZ. 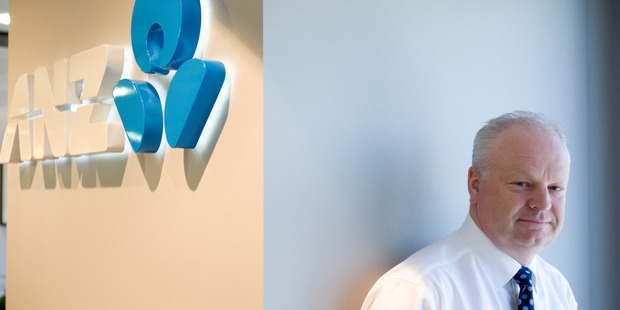 He also warns that regardless of Reserve Bank lending restriction local banks may not be able to "keep lending at the current huge volumes anyway".

New Zealanders are not good savers so banks have to go offshore to fund the expansion in housing costs, he says.

This funding supply is not endless unless banks want to pay higher prices for it."

Hisco advocates further voluntary tighten of lending by the banks.

If the economy took a turn for the worse with unemployment rising we could see a scenario where many people were unable to pay their mortgages.

Baby-boomers that had become property investors could face a scenario where they could no longer find tenants or the rents they could charge would not cover the mortgage costs.

Overseas investors could sell out "most probably in a stampede".

"Here's a fact - property markets can and do go backwards," Hisco says. "There are storm clouds on the horizon for sure and when they break who knows what will happen."

Referencing tensions between the Government and the Reserve Bank Hisco says deputy governor Grant Spencer was right to point out that solving the issue was a team game and did not rest solely with them.

He also backed the Reserve Bank's suggestion that New Zealand's immigration policies may be in need of review - something the Government has ruled out.

"Let's have an honest and sensible debate about immigration using facts rather than prejudice to see if we should push the pause button," he says.

Other solutions Hisco highlights include dealing with the high dollar to improve business competitiveness and ensure stronger job growth. He also advocates for more focus on infrastructure particularly in growth regions.

Grimes argued for a massive building programme to drop house prices by 40 per cent.

Jennings warned that rising house prices and immigration-fuelled economic growth were masking an underlying "iceberg that lies ahead".